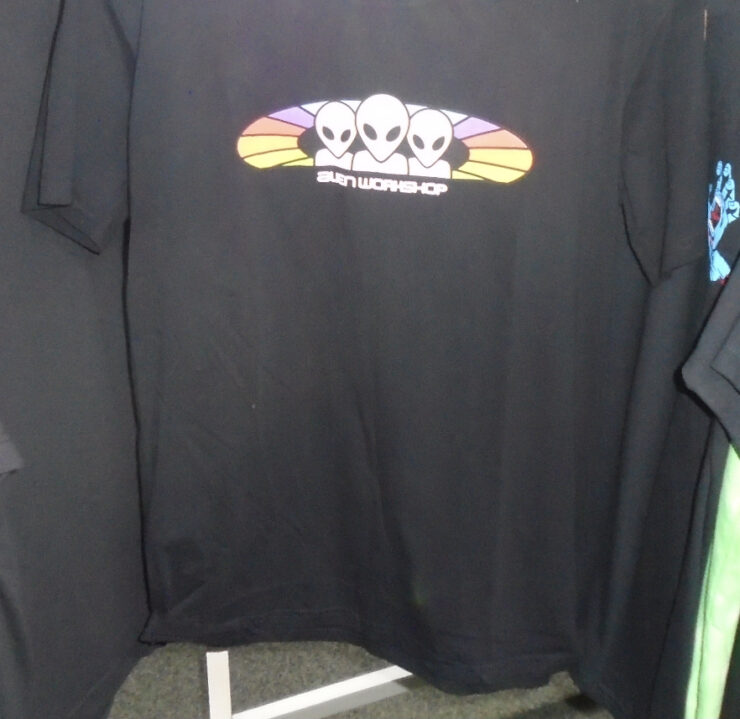 Alien Workshop T-Shirts Come in Various sizes and designs. Alien Workshop (AWS) is an independent American skateboarding company that was founded in 1990 by Chris Carter, Mike Hill, and also Neil Blender in Dayton, Ohio. Following periods under the ownership of the Burton snowboard company and original team rider Rob Dyrdek in 2012, the company was acquired by Pacific Vector Holdings in October 2013. Alien Workshop produced skateboard decks, wheels, apparel, and other skateboard accessories prior to its closure in May 2014. In 2015, Alien Workshop was revived with an all-amateur team and distribution through Tum Yeto. They released a series of new skate decks and Bunker Down, the brand’s sixth video. Thus, As of 2016, Alien Workshop, led by Mike Hill phased out working with Tum-Yeto and moved all operations back to the Mound Laboratories in Miamisburg, Ohio. Also, After a tumultuous ownership history they have returned to operations as an independent company.

You Can Also Connect With Us On Instagram Redding

We have also been in business for almost 40 years now. The Darkside also offers blown glass pipes, bubblers, stemless bubblers, inline bubblers, oil domes and glass nails. We have two stores to serve you, one in Redding, California and another in Red Bluff, California. Additionally you can find inside out blown glass pipes, one of a kind heady pieces, inside out silver and gold fumed color changing blown glass pipes. We also have bongs, wood pipes, flags and more than you can imagine! We are also the largest smoke shop for hundreds of miles.