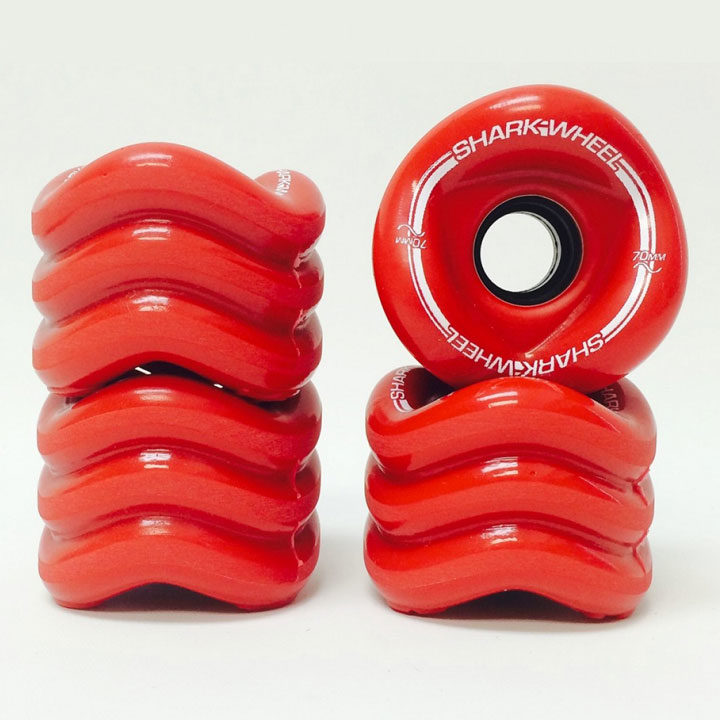 Shark Wheels have a unique 30 degree approach angle that strikes objects at an angle unlike a traditional wheel. The approach angle of Shark Wheel longboard wheels reduces shock to the rider. This is very similar to how people driving their car know to go over a speed bump at an angle to reduce the shock in their car.

Also, The Shark Wheel is a company based in Orange County, California, that manufactures helical wheels of the same name. Rather than a traditional circular shape, the Shark Wheel is composed of one or many three-dimensional sine waves. The shape is also a hybrid of a sphere and cube. Thus taking on the properties of both shapes while in motion. It has been touted as the reinvention of the wheel by various news outlets. The wheels were also funded by a Kickstarter campaign that reached nearly eight times its initial goal.

You can also connect with us on Facebook Redding – Red Bluff

The ability to go over rough terrain is the #1 advantage. The 30 degree approach angle of the Shark Wheel strikes obstacles at an angle and tends to push them left and right out of the way. A traditional wheel acts like a steamroller and tries to go over objects, while Shark Wheels tend to move around them. The angle also reduces shock significantly (think of going over a speed bump in a car an angle to reduce the shock)